There’s a saying that goes “there’s more than 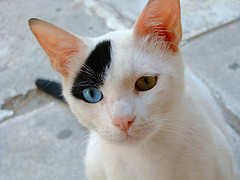 one way to skin a cat.” Fortunately for cats everywhere, we’re not going to skin one. We’re simply applying this logic to software development.

There are several ways to develop software, two of the most prominent methods being waterfall and Agile. And as anytime there are two ways to go about something, a debate rages about which is best. Does it matter really? Doesn’t either way give you a product (or, well, a skinned cat)?

We’ll let you decide. Today, we’re arming you with information about both waterfall and Agile methodologies so that you can make an informed decision as to what you think is best.

What is the waterfall methodology?

Much like construction and manufacturing workflows, waterfall methodology is a sequential design process. This means that as each of the eight stages (conception, initiation, analysis, design, construction, testing, implementation, and maintenance) are completed, the developers move on to the next step.

As this process is sequential, once a step has been completed, developers can’t go back to a previous step – not without scratching the whole project and starting from the beginning. There’s no room for change or error, so a project outcome and an extensive plan must be set in the beginning and then followed carefully.

Advantages of the Waterfall Methodology

1. The waterfall methodology stresses meticulous record keeping. Having such records allows for the ability to improve upon the existing program in the future.

Disadvantages of the Waterfall Methodology

1. Once a step has been completed, developers can’t go back to a previous stage and make changes.

2. Waterfall methodology relies heavily on initial requirements. However, if these requirements are faulty in any manner, the project is doomed.

3. If a requirement error is found, or a change needs to be made, the project has to start from the beginning with all new code.

4. The whole product is only tested at the end. If bugs are written early, but discovered late, their existence may have affected how other code was written.

Additionally, the temptation to delay thorough testing is often very high, as these delays allow short-term wins of staying on-schedule.

5. The plan doesn’t take into account a client’s evolving needs. If the client realizes that they need more than they initially thought, and demand change, the project will come in late and impact budget.

When should you use waterfall methodology?

1. When there is a clear picture of what the final product should be.

2. When clients won’t have the ability to change the scope of the project once it has begun.

3. When definition, not speed, is key to success.

Agile came about as a “solution” to the disadvantages of the waterfall methodology. Instead of a sequential design process, the Agile methodology follows an incremental approach.

Developers start off with a simplistic project design, and then begin to work on small modules. The work on these modules is done in weekly or monthly sprints, and at the end of each sprint, project priorities are evaluated and tests are run. These sprints allow for bugs to be discovered, and customer feedback to be incorporated into the design before the next sprint is run.

The process, with its lack of initial design and steps, is often criticized for its collaborative nature that focuses on principles rather than process.

Advantages of the Agile Methodology

1. The Agile methodology allows for changes to be made after the initial planning. Re-writes to the the program, as the client decides to make changes, are expected.

2. Because the Agile methodology allows you to make changes, it’s easier to add features that will keep you up to date with the latest developments in your industry.

3. At the end of each sprint, project priorities are evaluated. This allows clients to add their feedback so that they ultimately get the product they desire.

4. The testing at the end of each sprint ensures that the bugs are caught and taken care of in the development cycle. They won’t be found at the end.

5. Because the products are tested so thoroughly with Agile, the product could be launched at the end of any cycle. As a result, it’s more likely to reach its launch date.

1. With a less successful project manager, the project can become a series of code sprints. If this happens, the project is likely to come in late and over budget.

2. As the initial project doesn’t have a definitive plan, the final product can be grossly different than what was initially intended.

When should you use Agile methodology?

1. When rapid production is more important than the quality of the product.

2. When clients will be able to change the scope of the project.

3. When there isn’t a clear picture of what the final product should look like.

4. When you have skilled developers who are adaptable and able to think independently.

5. When the product is intended for an industry with rapidly changing standards.

Both the Agile and waterfall methodologies have their strengths and weaknesses. The key to deciding which is right for you comes down to the context of the project. Is it going to be changing rapidly? If so, choose Agile. Do you know exactly what you need? Good. Then maybe waterfall is the better option. Or better yet? Consider taking aspects of both methodologies and combining them in order to make the best possible software development process for your project.

Do you prefer the Agile or waterfall methodology? Why? Have you ever tried combining the two? How did that work out? Let us know in the comments section, or join the conversation on Facebook, Twitter, or LinkedIn.

Thank to ihasb33r for the use of their respective photographs.