In an article in the Bangor Daily News this morning, journalist Matthew Stone wrote about the “projected shortages of skilled workers in a number of growing fields in Maine — including information technology.” It’s looking good for technologists in Maine then, right?

Right. But with a projected growth in the technical fields, many wonder why there’s a shortage of skilled tech professionals in Maine. We can sum it up in three words – the brain drain. In today’s blog post, we’ll discuss brain drain, where it comes from, and whether or not it’s a fair outlook in the Pine Tree State.

What is the brain drain?

The American Brain Drain is a trend where talented individuals leave their rural hometowns/states for America’s largest cities in order to pursue jobs in their field of choice. This is problematic for two reasons:

1.    The brain drain leaves rural areas with a talent gap.

2.    Oftentimes, these talented individuals perceive that there aren’t jobs close to home that will challenge them. What they don’t realize is that there are often jobs for them, jobs employers can’t fill because of the talent gap.

While some people do leave their rural hometown/states because they want to live in the city, some leave simply to find work. They give up a low cost of living and a high quality of life in order to work in densely populated metropolitan areas – even though they may have no desire to do so. These are the people that Base36 strive to help.

Maine and the Brain Drain

The brain drain is very real in the state of Maine. There are countless talented individuals who hail from the state – people who are brilliant developers, artists, and chemists – but many leave upon graduating from college. They feel that there just aren’t any jobs for them around the state.

When we talk to recent computer science graduates from the local colleges and universities, this is a common theme. They tell us that they feel like they have to move to Boston, not necessarily because they want to, but because that’s the closest place to Maine where they’ll find a job.

So where exactly does this concept come from? And is it accurate?

The origin of this idea that there aren’t any jobs in Maine stems from the slew of negative media Maine receives. For example, just last week, Forbes ranked Maine the worst state in the United States for business. And it’s no wonder. Maine has a corporate tax burden 16 points higher than the national average. The tax burden prevents big business from coming to the state, which leads to stories like this, which then convinces people that there aren’t jobs here in Maine.

But are we really forcing them to leave?

While there is certainly a high tax burden in the state, it hasn’t scared away all organizations from doing business in Maine. There are a number of (no fewer than 12)  nationally recognized companies with offices in Northern New England. Idexx, Unum, L.L. Bean, and TD Bank are just a few.

Unfortunately for these companies, they have more open roles than they know with what to do. The brain drain has left Maine with more challenging roles for talented individuals than qualified people who can fill them. 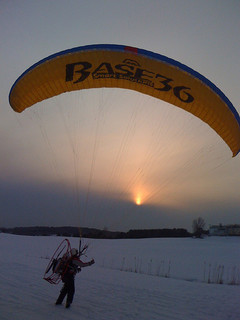 At Base36, we’re dedicated to fighting Maine’s technical brain drain. In the past 15 years, we’ve seen just how many technical jobs are left unfilled in Maine because the organization can’t find the right talents. And we’re not talking about roles at small mom and pop IT firms. We’re talking about spots at nationally recognized companies that challenge and further technologists’ careers.

We’ve been successful at bringing technologists “from away” back to the state to fill these roles. Some are native Mainers, who, after college, thought that there wouldn’t be a technical role for them in the state. Other times, we bring in people from the big cities, like New York. These individuals are tired of the 80-hour workweek, the over-priced suits, and the hours of commuting every week. They’re attracted to the work-life balance in Maine, the short commute, and the fact that they can get all of this while still being in a challenging technical position.

At Base36, we’re committed to bringing and keeping the best technical talent in Maine and Northern New Hampshire. We’re fighting the brain drain, and we’re slowly making strides in the battle. So, if you’re thinking about staying in, or moving to Maine (and why wouldn’t you?) don’t worry about the tech jobs. You’ll be able to find one.

What are your thoughts on the skills gap? Let us know in the comments section, or join the conversation on Facebook, Twitter, or LinkedIn.

Thanks to Hey Paul Studios and kencochrane for the use of their respective photographs.